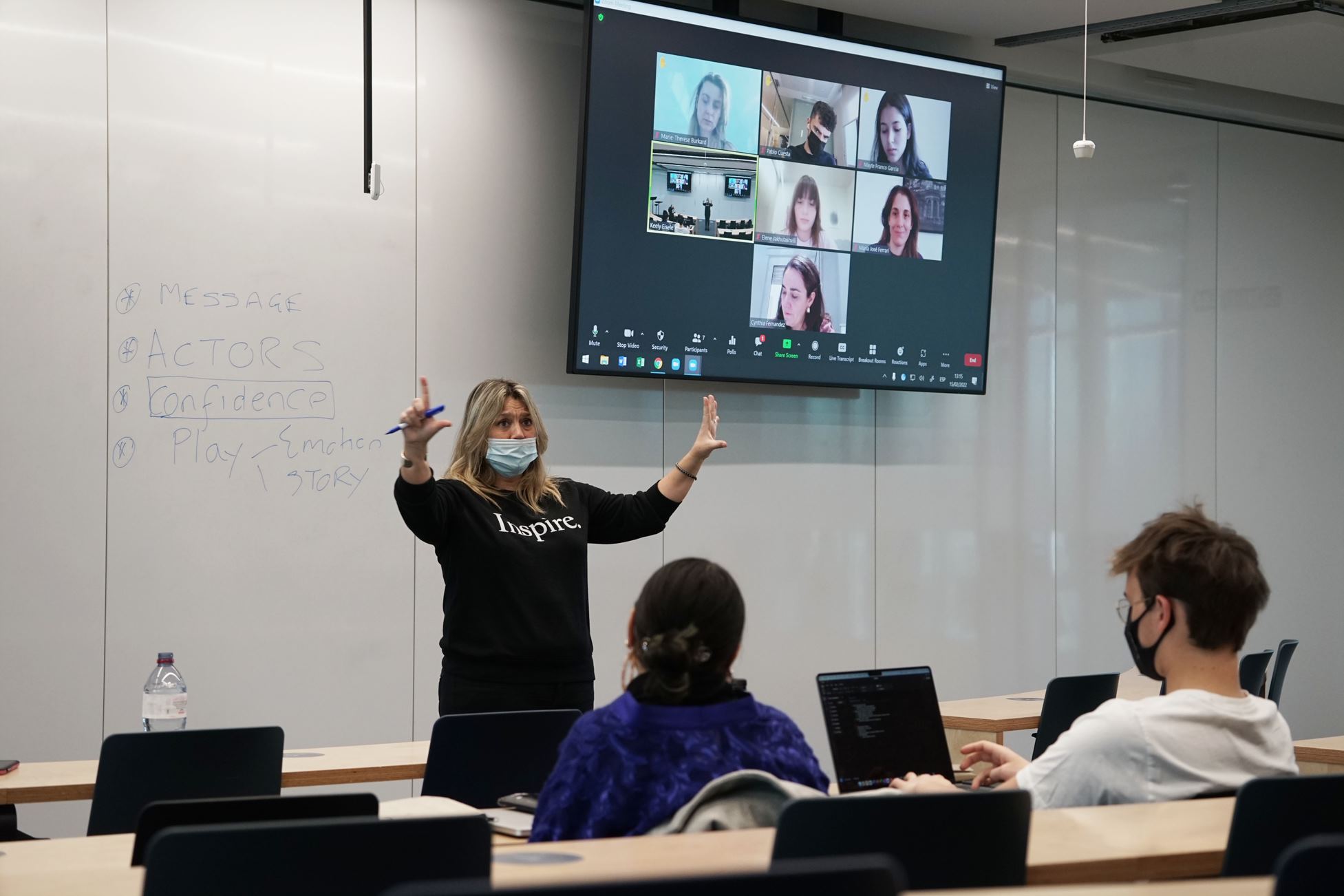 The director of “El Método Grönholm” will kick of her four-session workshop From the Page to the Stage for the IE Community.

Tamzin Townsend maintains a prominent presence among theater directors in Spain in the late twentieth and early twenty-first centuries. She is a professor at the European University of Madrid where she directs the Degree in Performing Arts. He also works as a Communication Trainer with the British company Dramatic Resources, specializing in courses aimed at improving verbal and non-verbal communication in the corporate world. She is also an Associate Director of DT Talent, where she performs the same tasks in Spain.