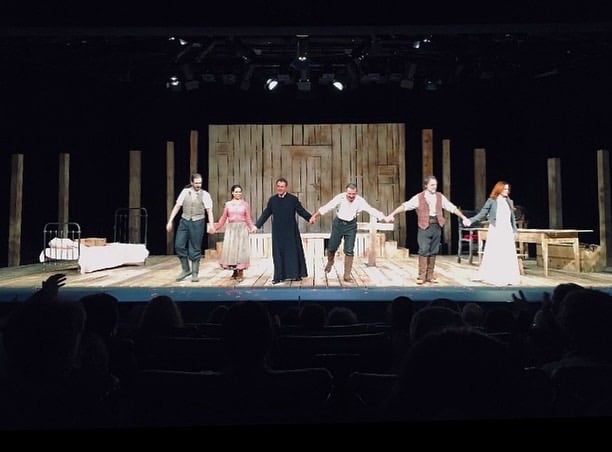 This week, a group of students, faculty and staff attended the theater production, ¨Los Pazos de Ulloa,¨ based on the renowned novel by Emilia Pardo Bazán (The House of Ulloa), at the Teatro Fernán Gómez.
Considered by many as one of the greatest Spanish novels of the 19th century “Los Pazos de Ulloa” speaks both of rural life in Galicia and of the nobility in decline.
Share Tweet Share Share Share