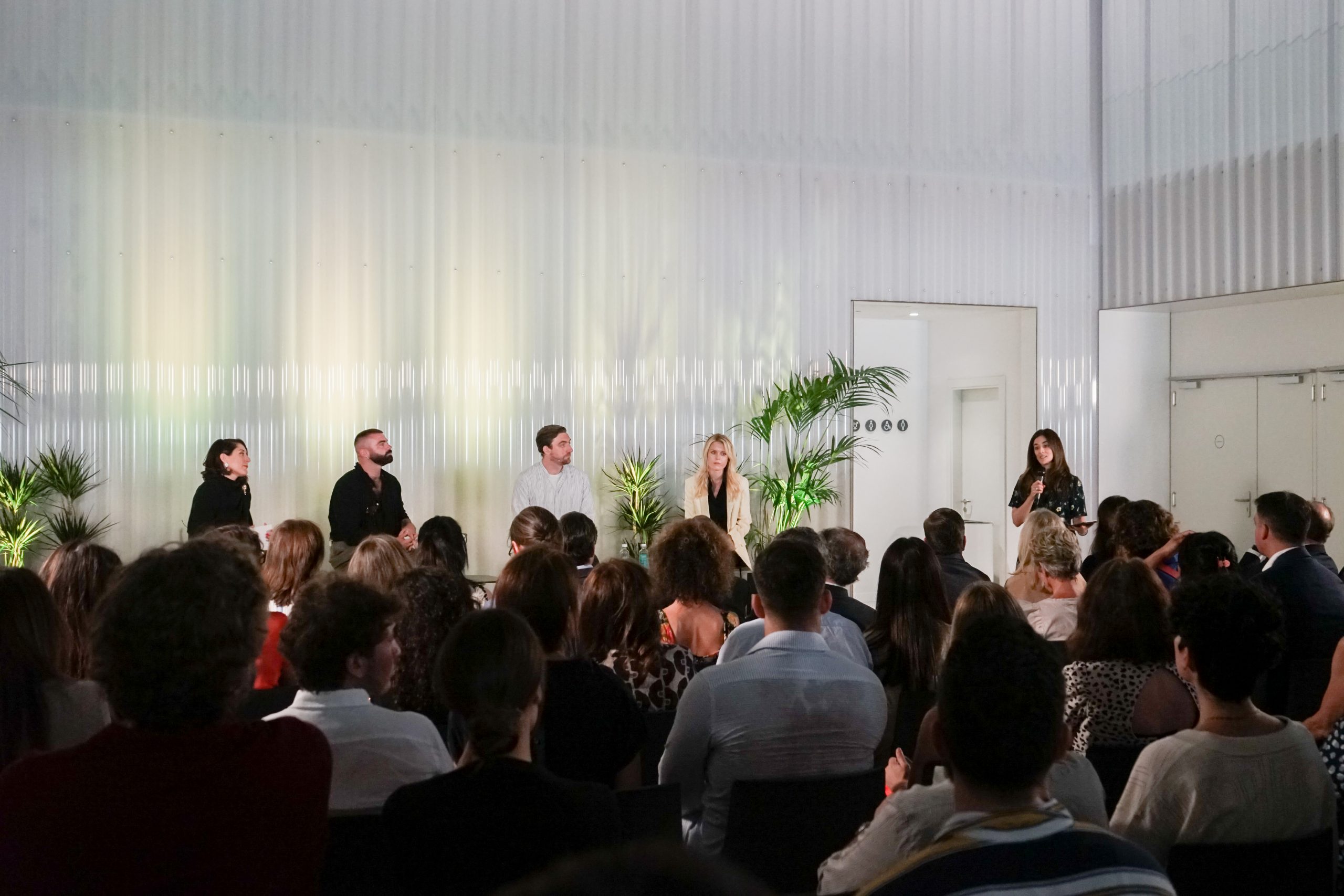 METAMYTHS, a discussion on the future of Arts, Fashion and Technology

METAMYTHS, a discussion on the future of Arts, Fashion and Technology

The IE Arts & Humanities Division was proud to host a conversation surrounding the future of Arts, Fashion and Technology on Tuesday.

The effects of technology on human beings have been discussed at length, but a key question has often been overlooked: how are the main drivers of change in society evolving with the emergence of new technological media? The prestigious campus of IE Tower analyzed this topic yesterday morning by presenting METAMYTHS, a discussion on the future of Arts, Fashion and Technology. Moderated by the Deputy Director of El País Eugenia De La Torriente, this panel featured the voices of Brendan Cormier (Senior Design Curator at Victoria & Albert Museum of London), Sophie Neuendorf (Vice President at Artnet), and Enrique Agudo (New Media Artist).  The conversation was introduced by Catalina Tejero, Associate Head of the IE Arts & Humanities Division.

The conversation continued with the presentation of Ipseity, two digital paintings by Enrique Agudo permanently installed now in the Auditorium foyer of IE Tower, the fifth highest building in Madrid built with sustainable architecture. Both works can be seen on LED displays, in which deities from Mythology invite the public to consider the role of technology no longer as a vehicle for efficiency and productivity, but as a generator of culture and builder of contemporary human identity.

ABOUT METAMYTHS, A DISCUSSION ON THE FUTURE OF ARTS, FASHION AND TECHNOLOGY

So many refreshing ideas came up during the one-hour panel, starting with the turning point caused by the impact of Covid-19. “In the 2000s, the digitization of art didn’t work because the world wasn’t ready yet, but the pandemic has been a great catalyst in this regard. With it, the digital world has been validated and legitimized,” explained Sophie Neuendorf. The next step, according to Agudo, is to see how to occupy this virtual space in a way that does not replicate and mimic the physical one, a task in which institutions and historical museums are also immersed. “At the Victoria & Albert, we used to make a distinction between our building and our digital platforms. Now, the big challenge is to curate our fashion content with the dynamism and movement of the digital universes”, said Brendan Cormier: “Collaboration between these two worlds is essential”.

So is it for the role of the artist, in the words of Agudo: “There is nothing wrong with those immersive macro exhibitions at big museums, people like them because those shows allow to consume content in the same way as on social media. We artists must also appeal to that; we can not live outside a world that consumes millions of images daily. We must create a more consumable output, always applying our ideas in whatever we do, whether it is a collaboration for a brand, a work for an exhibition, or a NFT”.

Eugenia De La Torriente asked the Vice President of Artnet about the future of NFTs, regarding the plummeting value of cryptocurrencies over last June. Are non-fungible token in danger? Neuendorf stayed optimistic: “We need to start differentiating NFTs from cryptocurrencies, as well as value and price. NFTs should not be seen as an economic transaction vehicle, but as a new way of transmitting messages to society, a formula that is also being embraced, despite the fall of crypto, by relevant figures such as Marina Abramović, Ai Weiwei, Damien Hirst or Jeff Koons”.

During the conversation, the question of whether artificial intelligence in any of its disciplines, from fashion to art, can replace human creation was also discussed. “For many curators, it has been a threat. I don’t see it that way”, Cormier opined. “Recently, there were a series of artists who took screenshots on Google Street View, but there was a selection behind it, they had looked for very specific angles before presenting them. In the end, the replicas are based on human validation. There is no reason to be afraid of”.

LA-based artist Enrique Agudo (Madrid, 1989) has spent a year and a half working on the two works that are permanently installed now in the Auditorium foyer of IE Tower. In them, Agudo has reflected the values of the academic institution through two mythological deities in a world full of symbolism. While the character The Alchemist represents the young generations who want to solve the environmental crisis with innovative solutions, The Oracle –displayed in a decertified place- embodies the mentor, the figure of the adult who accumulates enough knowledge and life experiences to guide the young person in their mission. 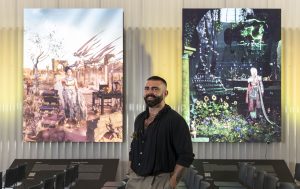 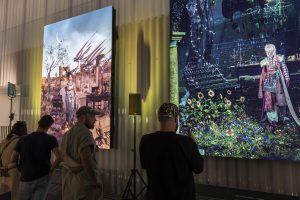 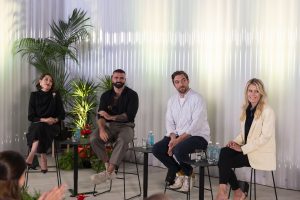 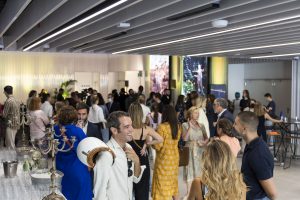