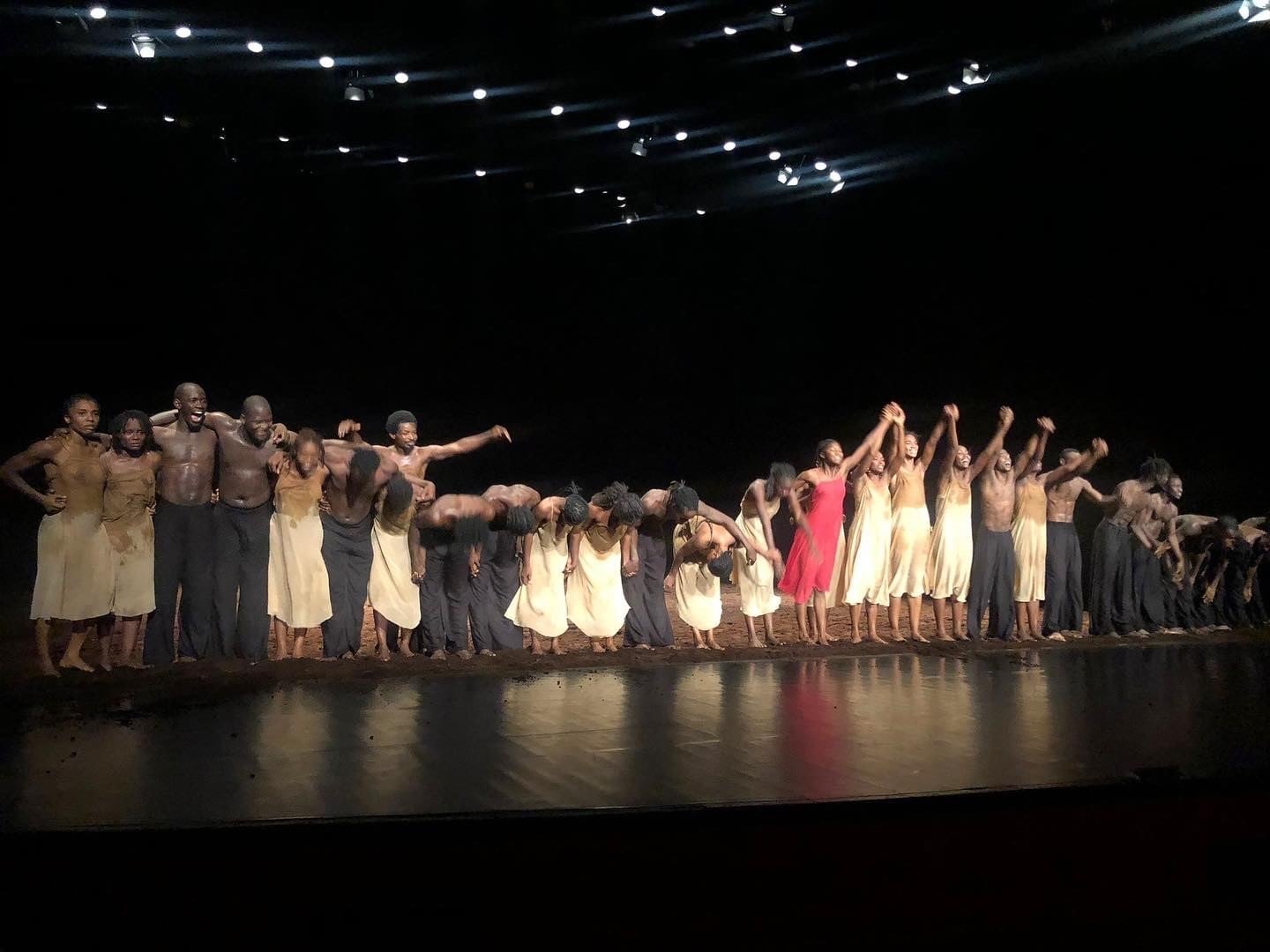 A group of IE community members enjoyed the contemporary dance show, ¨The Rite of Spring/common ground[s]¨ at Teatro del Canal.
A standing ovation was in order following this energetic performance, a co-production by the Pina Bausch Foundation (Germany), Sadler´s Wells (UK), and the École des Sables (Senegal).
This two-part program kicks off with “Common ground[s]” by Germaine Acogny, “the mother of contemporary African dance” and founder of the École des Sables; and Malou Airaudo, a former member of the Tanztheater Wuppertal Pina Bausch who has played leading roles in many of Bausch’s works. Both choreographers are teachers and mothers. This work, created and performed by two remarkable women, reflects their stories, emotional experiences and common ground.

The second work, Pina Bausch’s “The Rite of Spring” (1975), will be performed by an ensemble of dancers from African countries. True to Stravinsky’s composition, this seminal work examines uncompromising rituals with the sacrifice of the “chosen one” that changes the season from winter to spring. Bausch’s 1975 version, widely regarded as the finest ever staged, had a lasting impact on Acogny: for her, steeped as she was in traditional Yoruba ritual, it exposed African foundations in the music’s notional ancient Slavic rhythms.