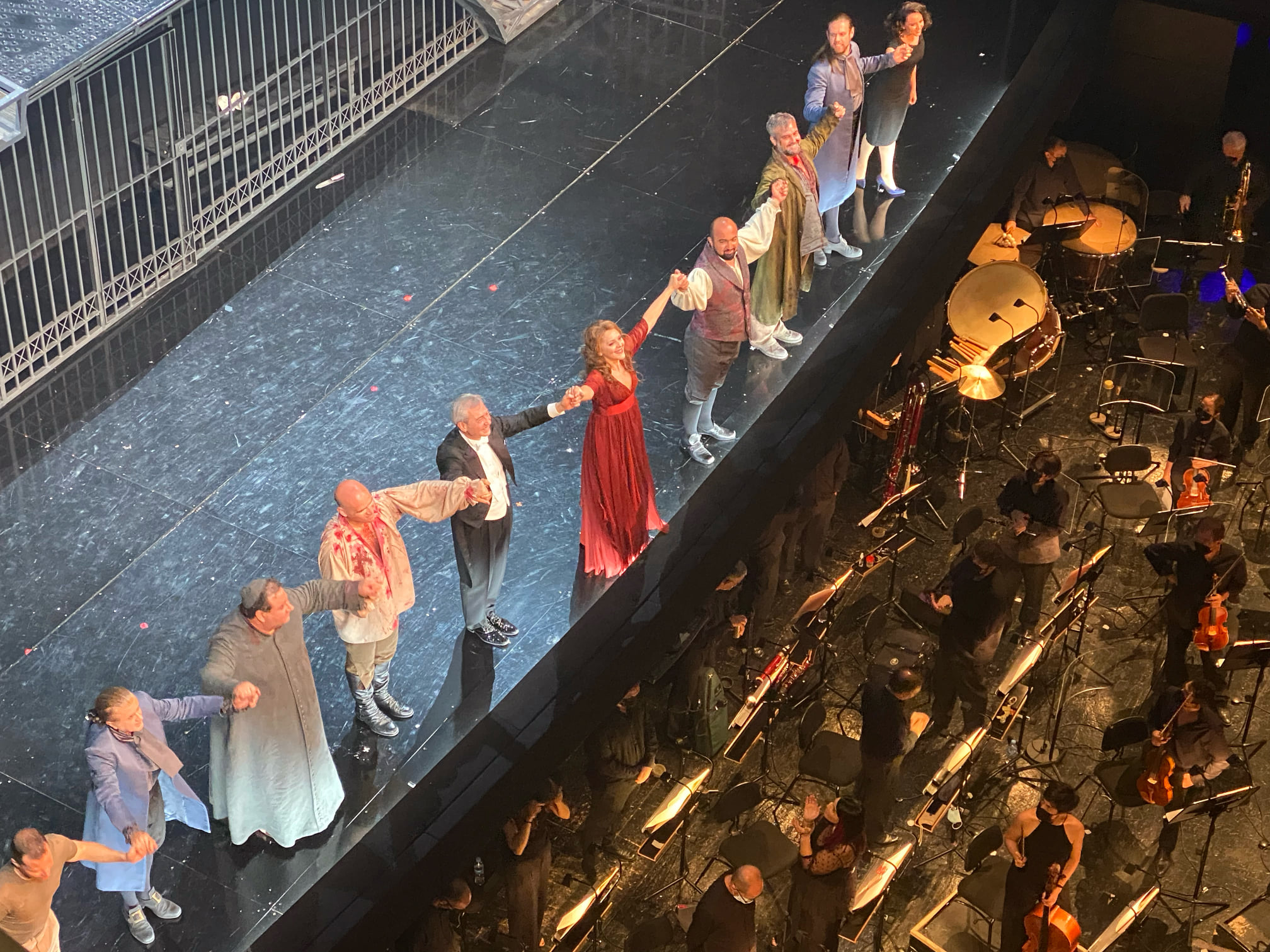 IE Community attends a rehearsal of Puccini’s opera “Tosca” at the Teatro Real.

IE Community attends a rehearsal of Puccini’s opera “Tosca” at the Teatro Real.

This month, a group of lucky IE students and a few young members of IE staff, attended the rehearsal of the opera Tosca, by Puccini, in Madrid´s Teatro Real.

That in this veristic melodrama of rivalries, politics, thwarted passions and brutal outcome the words “honour” or “revenge” are never once said gives an idea of Puccini’s intentions to transcend and renew the framework of Italian melodrama as well as the Verismo style. Proof of this is the almost cinematographic pace of the dramatic action, the abundance of leitmotiv examples and the massive orchestration which reaches its heights in scenes like the «Te Deum» or the interrogation scene.

First seen at the Teatro Costanzi of Rome in 1900, to this day Tosca is one of the most popular and incombustible of operas. Suitable for all tastes, it comes to the stage of the Teatro Real in the production of Paco Azorín, which premiered at the Gran Teatre del Liceu in Barcelona. This is a vibrant and explicit version, set on a revolving stage accompanied by video projections.