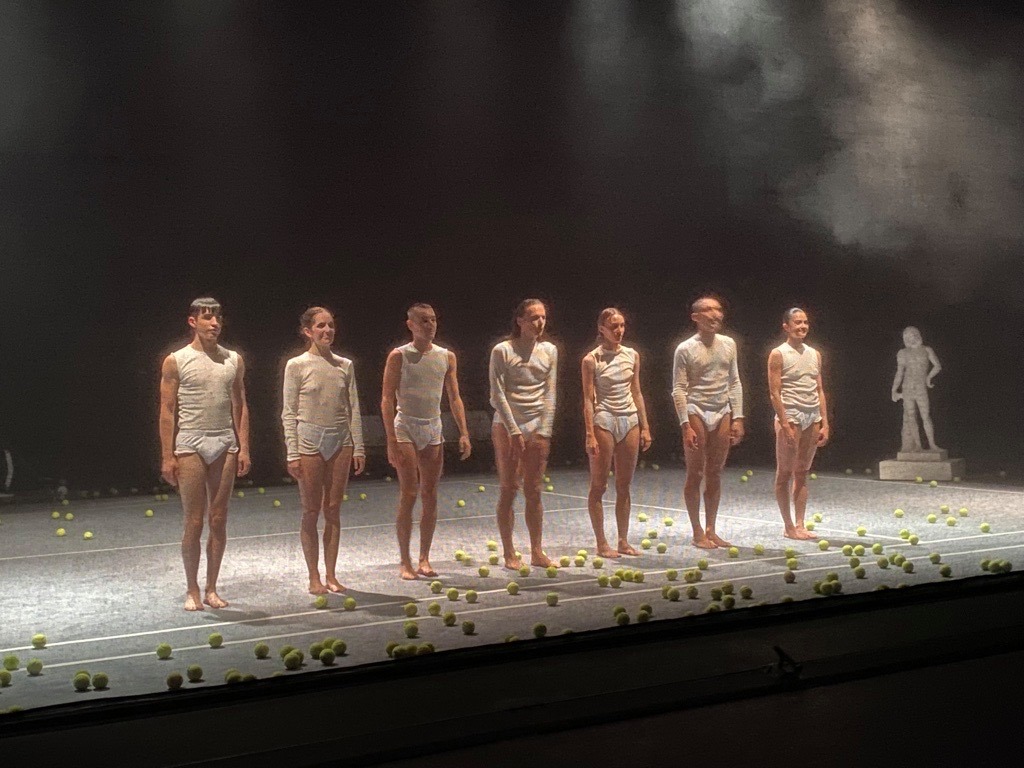 The Arts & Humanities Division closed out an eventful September last night with a viewing of the contemporary dance performance, “ИГРА //IGRA” by KOR´SIA collective at the Centro de Cultura Contemporánea Conde Duque.

The origins of Igra go back to “Jeux/Nijinsky”, a work created by Mattia Russo and Antonio de Rosa in the past. It was a short piece,  and its axis was the creative process of “Jeux”, a ballet written by Claude Debussy which has been described as a “danced poem” and which was written for Sergei Diaghilev‘s Ballets Russes with a choreography by Vaslav Nijinsky. As usual in KOR´SIA, visual power plays a decisive role in “ИГРА //IGRA”. Electronic music is close to the rhythms of Russian dances, the inclusion of Chopin, a Polish composer, seems to want to remember that although Nijinsky was born in Kiev and his sister Nijinska in Minsk, his family was Polish and the choreographer himself did not consider himself Russian. Metaphors are also present.  In “Jeux” a tennis game was played, but the game refers to seduction. “ИГРА //IGRA”, in short, does not reproduce or recreate.